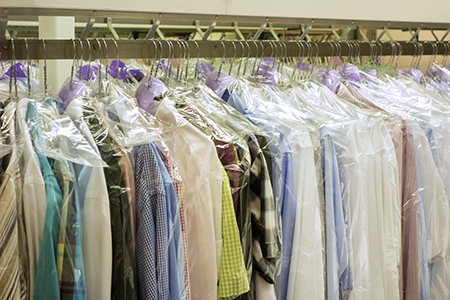 Massachusetts-based Lapels Dry Cleaning will open its first store in Michigan by the second quarter of 2015, with plans to open an additional 15 in the coming years.

“We expect to add 100 to 200 jobs to the greater Detroit area as we build our hub and spokes networks,” says Kevin Dubois, CEO of Lapels Dry Cleaning, which has partnered with the Detroit-based development firm, Shambo, on the expansion.

Founded in 2000, Lapels takes an environmentally friendly approach to its business model and has more than 50 stores throughout the United States. Most recently, the company signed a partnership agreement with GreenEarth, the dry cleaning industry’s only non-toxic cleaning alternative, for its newer locations.

Using these kinds of solutions, Dubois says Lapels is among a few dry cleaners able to claim no hazardous waste in their dry cleaning process. There is no odor and the procedure is gentler on clothes, thus lengthening the life of clothes, he says.

“Lapels, with its green initiative, truly represents the future of dry cleaning and we think the response from people in greater Detroit will be tremendous,” said Shambo officials in a statement. The firm is also a multi-unit franchisee of Great Clips hair salons in the region.