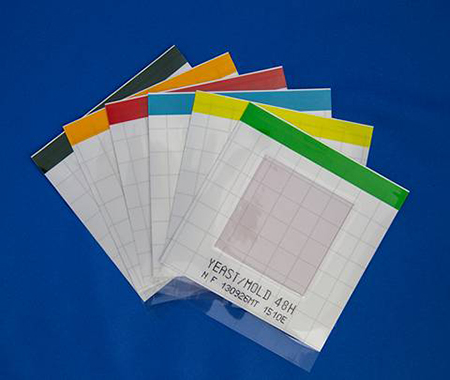 NeoFilm, the company’s new microbial test system, reduces testing time by up to 24 hours, says Ed Bradley, Neogen’s vice president of food safety. “The primary feature of NeoFilm is that it is ready to use,” Bradley says. Traditional methods require mixing of media, sterilization, and pouring plates before use, which requires added labor and time.

The new test ensures processing equipment is clean following a sanitizing process — and includes color-coded test films for easy identification, while incubation times are printed directly on the test. Because the test films can be stacked, researchers can free up valuable bench space, Bradley says.

The global market for microbial tests such as NeoFilm has been estimated to be in excess of $100 million annually, says James Herbert, the company’s CEO and chairman.

“Until now, this market segment has been dominated by one other company,” Herbert says. “However, with NeoFilm, we believe we have a superior product that is technically advanced over the established product.”