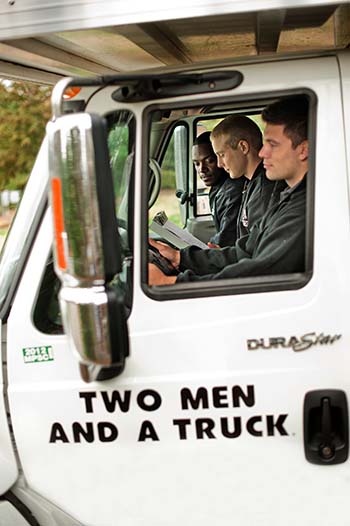 Lansing-based moving company Two Men and A Truck has added 18 new franchise locations across the country this year with plans to expand with 15 more by the end of the year. The company now has 317 locations in 39 states.

“This quarter was the busiest season in the moving industry and our hard working franchisees and their employees have set themselves up to close out 2015 with strong numbers,” says Randy Shacka, president of Two Men and A Truck.

Shacka says the franchise locations opened in cities such as Pasadena, Calif., and Sioux Falls, S.D.

Shacka says the company has seen growth for 51 consecutive months and is now looking to expand to the West Coast with plans locations set for Napa, Calif. and Portland, Ore., along with various locations in Maryland on the East Coast.

Worldwide, the company has more than 330 locations and 2,300 trucks. Two Men and a Truck was founded in 1985 and has performed more than 5 million moves.