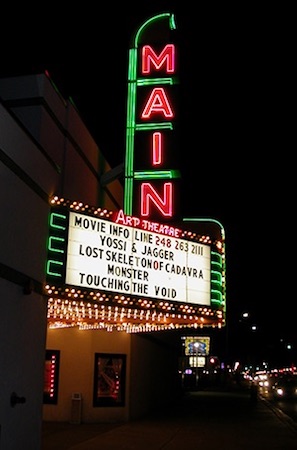 “I wish that this legal action was avoidable,” says Paula Guthat, co-founder of Cinema Detroit. “Unfortunately, Landmark actively engages in unfair business practices that limit our ability to screen certain types of films in the metro Detroit market. It’s unfair to us as a business and to our patrons who look for Cinema Detroit to offer the best in independent films and documentaries.”

Landmark operates 54 theaters with 260 screens in 25 major metropolitan areas, including theaters in each of the plaintiff’s local markets, Detroit, Denver, and Washington, D.C. As a distributer, Landmark must grant independent theaters a license to exhibit films. The suit claims that Landmark is harming marketplace competition by excluding independent movie theaters from screening the specialty films necessary to their competitive success.

“We did not reach this decision lightly,” says Andrew Rodgers, executive director of the Denver Film Society. “After years of trying to work within the system and talking with partners and peers about how we can overcome the unfair competition we face from Landmark, we have come to the painful conclusion that this is a nationwide problem that affects the entire independent film community.

“The deck is stacked against community theaters like ours, and the only way we can solve the problem we all face and serve our audiences properly, is to seek a remedy through the courts.”

The suit pursues monetary damages and an injunction prohibiting Landmark from seeking clearances against plaintiffs’ theaters.