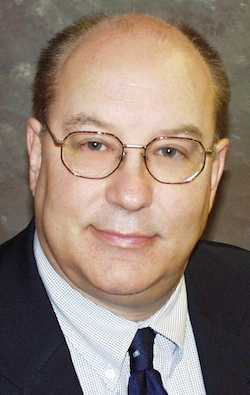 Oakland County Executive L. Brooks Patterson has appointed Malcolm D. Brown, a labor and employment attorney, as deputy county executive. He replaces Ken Rogers, who will retire at the end of the year.

“We didn’t have to go far to find someone who knows the county, understands our vision, and meets the qualifications to be a leader on our team,” Patterson says. “Malcolm is a talented lawyer who has served the county since before I was county executive. I’m pleased to announce that he’s my next deputy.”

Brown, who will begin his new role Dec. 29, has practiced labor and employment law, representing employers only, for more than 25 years. His expertise includes collective bargaining in the public and private sector, arbitrations, fact-finding, civil rights, and employment issues, Patterson says.

“I am excited about working at Oakland County with Brooks Patterson and implementing his plans for the future of the county,” says Brown, a shareholder at the law firm, Butzel Long. “I have enjoyed practicing law at Butzel Long over the years, but this is a great opportunity to work with Brooks and be part of his team.”

Rogers, who has been with Patterson since 1993, will retire at the end of the year to assume his duties as the full-time executive director of Troy-based Automation Alley, which will become completely independent from the county in 2015.

“Ken deserves recognition for a job well done,” Patterson says. “When we launched Automation Alley, Ken understood my vision for growing it into an independent regional entity that promotes high-tech companies and investment. The future of Automation Alley remains in good hands.”â€‹