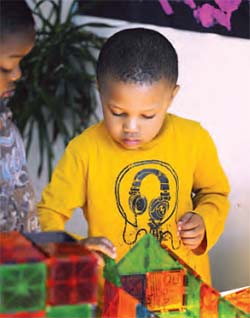 “We will know Detroit is on the path to a full turnaround when there is evidence that its children are safe and healthy and when they are academically, emotionally, and developmentally ready to begin school,” says Rip Rapson, president and CEO of the Kresge Foundation. “But that is not the case now. With only 14 percent of Detroit children estimated to be kindergarten-ready and more than two-thirds living in poverty, we have a crisis that reverberates from generation to generation. We have to break the grip of this invidious cycle and provide our youngest residents with every full opportunity to thrive.”

Rapson says the initiative will focus on five areas including offering below-market grants to improve current early childhood development facilities and to improve maternal health care services; grants to support early childhood practitioners; investments in new childhood centers; investments to bring national early childhood experience and expertise to Detroit; and the formation of a leadership alliance co-supported by the W.K. Kellogg Foundation that brings together stakeholders in Detroit to create an investment and action framework for young Detroit children.

Kresge announced investments today including a $100,000 grant to Data Driven Detroit to create a data set that will benchmark outcomes for metro Detroit children; a $300,000 grant to IFF, a nonprofit investor that works in Detroit neighborhoods, to provide technical assistance and capacity building to would-be borrowers; and a $760,000 grant to IFF to support the planning, development, and design of new comprehensive early childhood centers in Detroit.

In a report commissioned by Kresge called The System We Need: A Neighborhood Snapshot of Early Childhood Education in Detroit, it found Detroit had enough high-quality childcare centers to serve 22 percent of its children between birth and age 5.