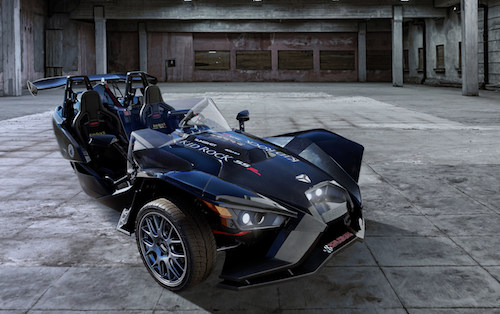 “The Kid Rock SS-R concept takes the Slingshot experience to the next level of customization and performance,” says Bob Fehan, president of Bob Fehan Motorsports. “It’s a combination of elements that come together cohesively to create a unique statement about the freedom of the Slingshot and the free expression of Kid Rock.”

All Slingshot models are constructed with a steel frame and powered by a 173-hp 2.4-liter four-cylinder engine that drives the rear wheel with a five-speed manual transmission. All models also feature an electronic stability control system and disc brakes with ABS.