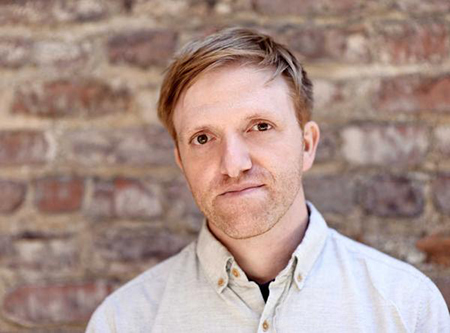 Charles Adler, co-founder of crowdfunding website Kickstarter.com, will speak with local entrepreneurs at the initial Starter Talks gathering, a new bimonthly event that brings in professionals to talk about their accomplishments.

“Kickstarter is probably one of the most revolutionary or disruptive products that’s been created in the 21st century,” says Delane Parnell, the event’s organizer, adding that the website has surpassed $1 billion in pledges to fund various projects since its launch in 2009. “It gives people a voice. It can be hard for some people to raise funds for their ideas or to garner support, but Kickstarter gives them a platform to do so.”

During the Monday presentation at Lowe Campbell Ewald’s office in Detroit, Adler will talk about the origin of the website and issues that are relevant to both entrepreneurs in the tech space as well as the broader business community, Parnell says.

Attendees can expect the event to take a relaxed approach, allowing them to interject and ask questions throughout the session.

“So instead of having a 45-minute session between the moderator and speaker, followed by a short Q&A, the audience can chime in at any time. It’s not just one person controlling that flow,” Parnell says.

Starter Talks builds off of previous events coordinated in part by Parnell, such as Fifty Founders and Free Lunch Fridays. It will also pull some of the speakers — Alder included — who planned to participate in Starter Fest, an entrepreneur-focused event that was originally scheduled for Sept. 18-19 in Detroit.

Parnell says Starter Fest, which has since been canceled, was a bit too overambitious and believes that this new bimonthly series is a more realistic alternative given the timeframe and his internal capacity.
And whether they last for two days or a single evening, events like this are imperative in building connections and accelerating ideas for entrepreneurs — or, as Parnell prefers to call them, starters.

“(Some professionals) are too busy to meet with 100 different entrepreneurs one-on-one,” he says. “But if you can bring them together in an interactive forum, they can give advice to everyone in the room. It offers an experience where people can get support and access to uncommon resources and opportunities they wouldn’t have had otherwise.”

For more information, or to register, visit startertalks.com.