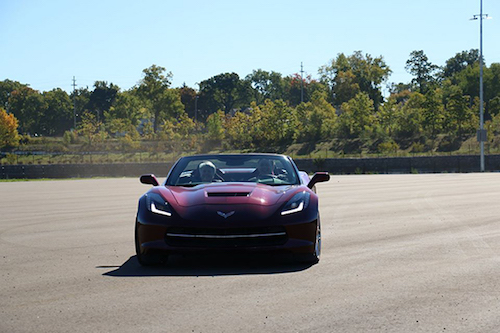 The first phase of construction has been completed on the Flint-based Kettering University GM Mobility Research Center, an outdoor lab space and proving ground for research and development of autonomous vehicles, safety standards, and hybrid and electric technologies.

Phase one of the project, which began in 2015 and was funded in part through a $2 million investment from the GM Foundation, included site improvements, the construction of a brownfield water and runoff management system, and construction of a 3.3 acre test pad built to race track performance specifications. The site also includes stadium-style lighting, fencing, and landscaping.

“(The center) will open up many new opportunities for our faculty to engage in applied research at the cutting edge of autonomous vehicle systems design and engineering,” says Robert K. McMahan, president of Kettering University. “It will also provide a state-of-the-art facility for our more than 600 corporate partners to use when researching, developing, and testing new mobility and transportation technologies.”

The university recently received a $1.9 million grant from the U.S. Economic Development Administration to support construction of phase two of the project in early 2017.

Phase two will include a low-speed road course with elevation and surface changes, optional routes, and construction of a research annex and garage that will include automotive bays, offices, conference rooms, as well as indoor lab spaces. The facility will also be connected to to Kettering’s 4G LTE Advanced wireless cellular research network.