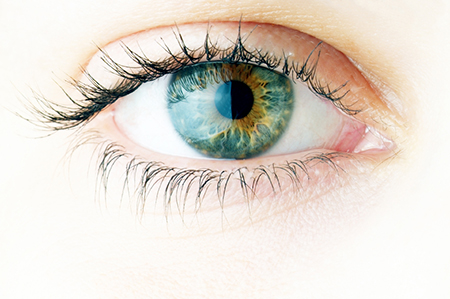 Researchers at Kettering University and the University of Michigan Kellogg Eye Center are finding early success in developing a treatment that kills ocular cancer cells without using chemotherapy or radiation.

“The science is there and there’s proof that it works,” says Prem Vaishnava, professor of physics at Kettering University in Flint, who is working on the project with Dr. Hakan Demirci at U-M in Ann Arbor.

Vaishnava says the technique is now being used in Europe, but has not been approved in the United States.

The treatment uses magnetic nanoparticles — iron oxide molecules that are suspended in a solution and can be injected into the body or directly into a tumor — to target Chorodial Melanoma and Retinoblastoma, both cancers of the eye.

“Phase I and Phase II trials have been conducted successfully using magnetic nanoparticles in animals in the United States,” Vaishnava says.

“We took retinoblastoma cancer cells and mixed them with magnetic nanoparticles in a petri dish, not even a microbubble, and we heated them at 42 degrees Celsius for three minutes and were surprised with the results — we killed 90 percent of the cancer cells,” he says.

The researchers are seeking funding for Phase II trials, which will involve treating mice with ocular cancers. In the future, Phase III trial will involve humans.