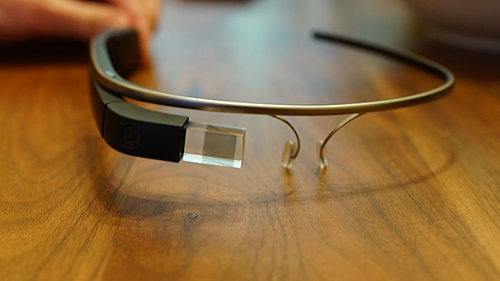 The study will focus on surgeries involving the transfer of tissue, also called a “flap,” in patients being treated for head and neck cancer. For the first 48 hours after surgery, nurses and physicians are required to check the flap every hour and four hours, respectively, to ensure the flap’s successful transfer.

“We plan on utilizing Google Glass to transmit and record the status of the flap between resident physicians and their supervising physicians,” says Dr. Sagar Patel, resident with the center’s head and neck oncology multidisciplinary team.

Doctors will also use Google Glass to allow residents to transmit patient information during transition of care, Patel says. “Instead of transmitting this data verbally over the phone, an attempt to visually transmit data ‘face to face’ will occur. It is our hypothesis that this in-person communication will lead to greater surgical success and will improve communication between medical staff.”

Patel says Google Glass will be particularly helpful in reconstructive procedures, where communication between the medical staff is crucial in monitoring how well the patient is doing immediately after surgery.

“Detailed and visual patient transfer information between nursing and the physician teams is especially important since these patients are often very sick at the time of surgery, given that their cancer often prevents them from receiving adequate nutrition and hydration,” Patel says. “In addition to that, these patients undergo long and extensive surgeries. Having the highest-quality communication is an invaluable asset in a patient’s post-operative care.”

The study will be ongoing, says Patel, noting that he and his team plan to publish their findings in medical literature.

“We really are pioneers, using this new technology, and we expect to encounter challenges and discover novel applications for the device during our pilot phase,” Patel says. “We will end testing when we determine that a particular aspect of our pilot study has enough of a significant utility to be used on a larger scale.”