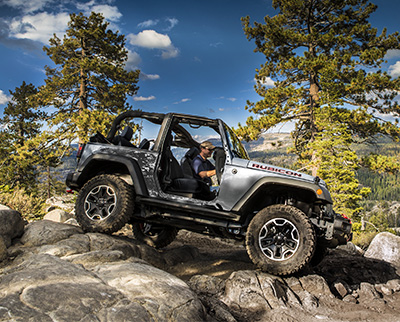 Soon after Fiat shareholders approved a merger with Chrysler Group earlier today, the Big Three automakers reported July sales were all up by healthy margins. Chrysler had the largest gain with a 20 percent increase from July of last year, followed by Ford Motor Co. at 10 percent, and General Motor Co. at 9 percent.

“Sales of the all-new Chrysler 200 mid-size sedan continued to increase while our Jeep and Ram Truck brands each turned in double-digit sales gains, helping to lead Chrysler Group to its 52nd-consecutive month of year-over-year sales growth,” Bigland says.

July also proved to be a strong month for Dearborn-based Ford, which sold 162,028 vehicles, up 7 percent from the year before.

“Escape and Fusion were big contributors to our sales increases, with both setting July sales records,” says John Felice, Ford’s vice president of U.S. marketing, sales, and service. “F-Series again topped the 60,000-vehicle sales mark and we’re seeing great initial demand for our launch vehicles, such as the Transit Connect, Transit Connect Wagon, and the Lincoln MKC as availability builds.”

General Motor’s dealers delivered 256,160 vehicles last month, with combined sales hitting 1,048,114 by the end of July. GM was the first automaker to pass the million-unit milestone in both 2014 and 2013, says Kurt McNeil, U.S. vice president of sales operations.

“GM and the U.S. economy left July carrying good momentum,” McNeil says. “The economy has bounced back strongly from the harsh winter, consumer confidence has reached a post-recession high, energy prices remain moderate, and job growth continues. The stage is set for strong sales through the balance of the year.”

As for Chrysler’s merger with Fiat, the new entity will be listed on the New York Stock Exchange in October as Fiat Chrysler Automobiles, though dissenting shareholders could delay the merger under certain conditions. Overall, the new company will be incorporated in The Netherlands and have its fiscal headquarters based in the United Kingdom.