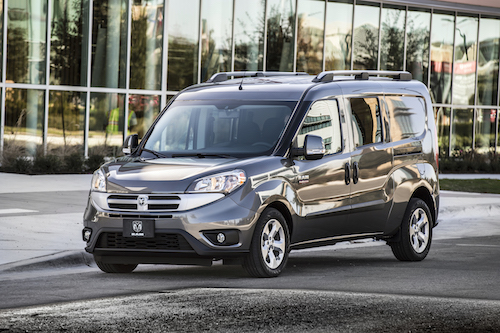 Ford Motor Co.’s total truck sales, which include vans and pickups, grew 5 percent year-over-year for July, with 87,104 vehicles sold, while FCA’s Jeep and Ram Truck brands were up 5 percent in July compared with the same month a year ago. General Motor Co.’s total sales in July were down less than 2 percent to 267,258 vehicles, but company officials say its full-size pickup segment is strong.

“Trucks and vans continue to be market strengths for Ford,” says Mark LaNeve, vice president of U.S. marketing, sales, and service for Ford. “Van customers reward us with another strong year-over-year gain, and F-Series had its best retail sales this year.”

Ford’s overall transaction pricing grew $1,600 in July versus a year ago, which LaNeve says is driven by the continued higher mix shift to trucks and SUVs.

The Jeep Renegade, Jeep Grand Cherokee, Jeep Compass, and Jeep Patriot posted sales gains in July versus July 2015, as did the Ram pickup truck, and the Ram ProMaster and Ram ProMaster City vans.

Despite falling in total sales, GM sold 236,235 vehicles to individual or “retail” customers in July, up 5 percent year-over-year, driven by across the board increases at Chevrolet, GMC, Buick, and Cadillac.

“Our retail-focused plan is working, and as availability of our new cars, trucks, and crossovers continues to grow, we expect to keep our retail sales momentum going and our strong margins intact,” says Kurt McNeil, U.S. vice president of sales operations.

Through the first seven months of the year, GM retail sales are up 2 percent and retail share is up 0.6 percentage points, which company officials say is the largest retail share gain of any full-line automaker.

Through July, GM’s daily rental deliveries are down 38 percent from a year ago.