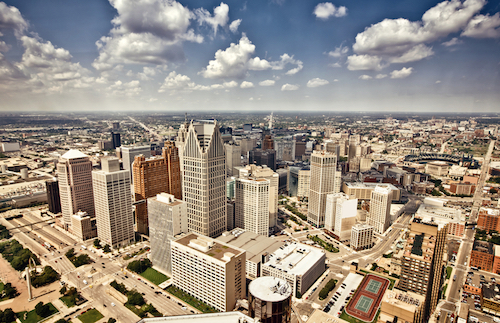 JPMorgan Chase and Co. today announced a $5 million investment toward the establishment of the Strategic Neighborhood Fund, which will aim to drive economic growth in Detroit’s neighborhoods.

The fund, which intends to raise $30 million, will support the Detroit Strategic Neighborhoods Initiative, which is a collaborative partnership between Invest Detroit, the Detroit Development Fund, and initially target three neighborhoods over the next five years: West Village, Southwest Detroit, and Livernois-McNichols.

Company officials with JPMorgan Chase say the grant, which is from its $125 million, five-year PRO Neighborhoods initiative, will support The Strategic Neighborhood Fund’s revitalization efforts. Specifically, $3.8 million of the firm’s grant will be used by Detroit-based Woodborn Partners’ development of four new, three-story apartment buildings in West Village that will occupy 18,810 square feet of space.

“Thanks to this funding, we are going to start seeing new small businesses open, existing businesses expand, and new residential developments take place in several key areas of the city,” says Detroit Mayor Mike Duggan. “This fits in perfectly with our strategy to revitalize our neighborhoods.”

Earlier this year, Duggan announced a concept to create a series of walkable neighborhoods where residents would be able to enjoy all of the amenities of a vibrant urban lifestyle within a 20-minute walk or bike ride from home. The fund will also help finance key multi-unit residential, business, and mixed-use developments to add neighborhood density and tie in with major transportation lines and other essential services for the project.