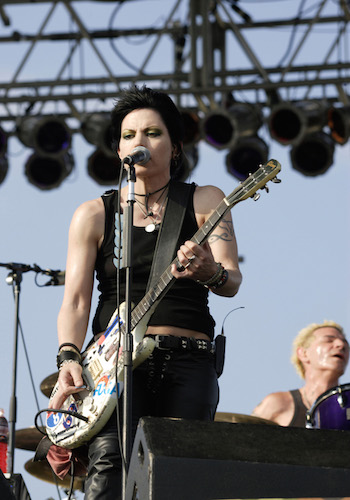 The 19th annual Ford Arts, Beats & Eats, to be held Labor Day weekend in Royal Oak, will feature a variety of national musical acts, such as Joan Jett & The Blackhearts, Gavin DeGraw, Our Lady Peace, Buckcherry, and Three Dog Night.

“We look for acts that fit the music styles of our radio media partners, and of course scheduling and availability play a huge factor in our final selections,” says Jonathan Witz, event producer for Arts, Beats & Eats. “We research bands’ past performances and crowds they attract, and from our work in that regard, and with the 200 local bands that will be joining the bill, we know metro Detroit will be treated to not only one of the top music festivals in the region, but an amazing art fair and food festival as well.”

Other headlining acts for the festival, which will take place between Main and Center streets at Seventh Street, include Cole Swindell, Blackjack Billy, The Ohio Players, Jr Jr, and Laith Al-Saadi, an Ann Arbor-based musician who appeared on the 2016 finale of NBC’s The Voice.

Local bands, such as Flint Eastwood, Your Generation in Concert, Stewart Francke, Lilac Lungs, Carolyn Striho, and The Detroit School of Rock and Pop Music, will also perform.

“We make certain that the entire spectrum of food is well represented for every palate from the best restaurants and caterers,” Witz says. “From Spanish tapas to BBQ, and sushi to doughnuts, I believe with the choices we have put together this year, this is really one of top food events in the entire Midwest.”

In addition to music and restaurants, this year’s festival will also feature an art contest, social scavenger hunt, a 5K and 10K race, and The Deaf Arts Festival.