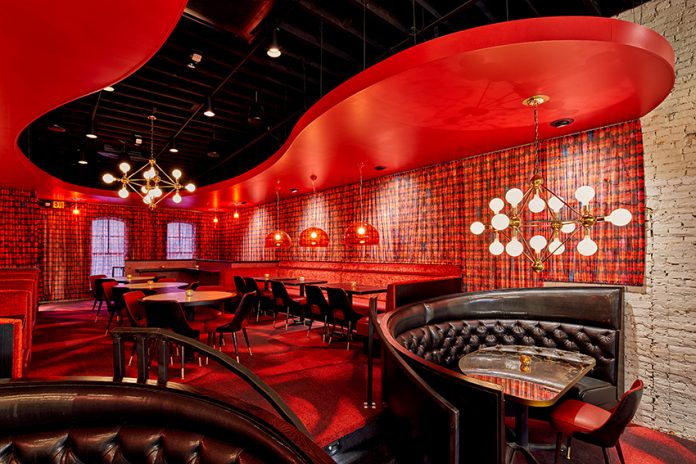 Jim Brady’s, known for its retro 1950s mid-century décor and classic hamburgers, has opened a new location in Ann Arbor. The two-story, 7,000-square-foot space has two bars and three dining rooms and is located at 220 Main St.

“We wanted guests to choose their experience depending on their mood, time of day and activity. They can come back multiple times and always feel like they’ve seen and done something new,” says Kelly Deines, creative director for Detroit’s Rossetti, the design architect for the new restaurant. “Today’s restaurants must have a flexibility of uses. We were able to achieve this through a hybridized floor plan using technology and a variety of seating solutions.”

The new location incorporates jumbo TV screens and a mezzanine into its 1950s mid-century modern theme, which carries over from the original. Replicas of menus and photos from the era are incorporated into the décor of the Ann Arbor location.

The restaurant’s mezzanine cocktail lounge, called the Five Four Room, is completely red and has patterned fabric that covers the windows. The space is available for events.