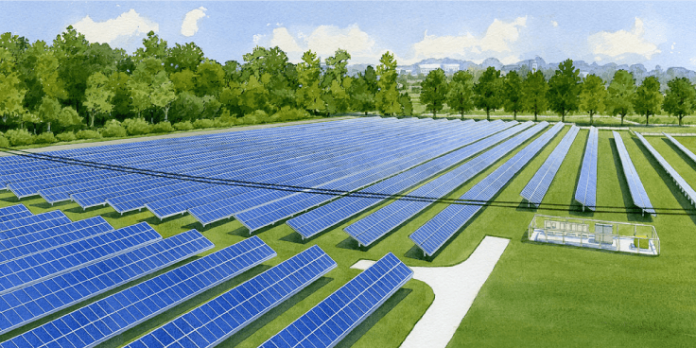 Consumers Energy in Jackson has announced it will file an integrated resource plan this week with the Michigan Public Service Commission that outlines the path to using zero coal while ensuring affordable and reliable energy.

Under the plan, the company would increase renewable energy from 11 percent today to 37 percent by 2030 and 43 percent by 2040. This will help the company achieve its clean energy breakthrough goal, announced earlier this year, to reduce carbon emissions 80 percent and eliminate the use of coal to generate electricity by 2040. The strategy also includes retiring two aging coal-fired units at the Karn Generating Complex near Bay City in 2023.

Demand response, energy efficiency, and grid modernization tools would take on more significant roles as well. These virtual “power plants” are slated to help customers save money on their energy bills and reduce energy demand 22 percent by 2040. Consumers Energy would also add 5,000 megawatts of solar energy throughout the 2020s, along with wind and battery storage.

“Our vision considers people, the planet, and the prosperity of our state and the communities we serve. This IRP will help guide key decisions in the coming years to make us a cleaner, leaner company for the Great Lakes State,” says Patti Poppe, president and CEO of Consumers Energy and CMS Energy. “This is a pivotal moment in our company’s long, proud history, and this plan charts a course for us all to embrace the opportunities and meet the challenges of a new era.”

Consumers Energy developed the plan over 18 months while gathering input from customers and stakeholders. The company then modeled future scenarios using assumptions about factors such as market prices, energy demand, and levels of clean energy resources, including demand response and energy efficiency, wind, and solar.

Karn units one and two, which will be retired, are capable of generating 515 megawatts of electricity.

“We’re grateful for the power the Karn coal units have provided for Michigan over the decades and proud of our co-workers who’ve operated and maintained them so faithfully,” says Poppe. “The company will be working actively to care for our co-workers through this transition. We plan to support Hampton Township and the Bay region as they re-imagine the local economic landscape after these units are retired.”

Consumers Energy is Michigan’s largest energy provider. It provides natural gas and/or electricity to 6.7 million of the state’s 10 million residents in all 68 Lower Peninsula counties.