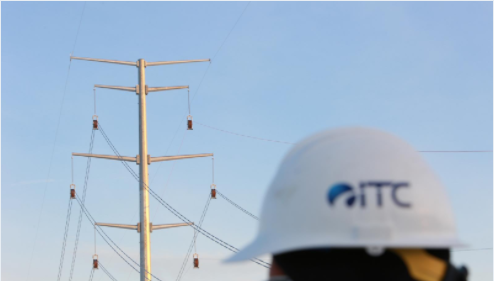 The proposed project required an issuance of Certificate of Public Convenience and Necessity to complete the permit application process in the neighboring country, while the state of Pennsylvania required two permits to do the same: A state water Obstruction and Encroachment Permit and a National Pollutant Discharge Elimination System Permit.

“These are key milestones in the development of the Lake Erie Connector Project,” says Terry Harvill, president of ITC Grid Development. “We appreciate the thorough attention given to our application by the Governor in Council, the National Energy Board, and the State of Pennsylvania.”

ITC’s Lake Erie Connector is the latest infrastructure development the company has initiated, which provides for efficient international energy transmission.

“This electric transmission interconnection under Lake Erie would provide Ontario with access to a new, large export market for excess electricity generation, and this bi-directional line also would allow less expensive, clean energy to follow into the province from the U.S.,” adds Harvill.

As a national independent electricity company, ITC is pushing to improve the reliability and accessibility of renewable energy and development of their modern electric power grid. The Lake Erie Connector is an example of the way the energy transmitter wants to interconnect the region.

Since opening in 2003, when ITC was sold as a subsidiary of Detroit’s DTE Energy to an investment company for $610 million, the company’s reach has expanded from a small portion of Michigan’s lower peninsula to eight states in the Midwest and Great Plains regions.

Canadian utility operator Fortis Inc. acquired the company in Oct. 2016. With the addition of extra capital, Fortis and ITC have made investments to develop and improve infrastructure, safety techniques, reliability, and cybersecurity.

In addition, company executives say the progression of a national power grid will be dictated by the cost for consumers – most notably the price of transmission infrastructure – and ITC wants to take an innovative approach to get there.

“How we have historically paid for transmission investment infrastructure, and who pays for it, doesn’t necessarily align with how we need to realize the investment for the future,” says Linda Blair, ITC’s president and CEO.

She’s referring to the difficulties of fairly allocating the cost of transmission infrastructure in areas where energy is being transmitted to out-of-state consumers that are benefiting from the infrastructure, but is merely reaping the rewards of another state’s tax spending.

“If you think about the population of North Dakota, if you were building major transmission infrastructure, which could cost billions of dollars across the upper Midwest, the people in North Dakota aren’t necessarily the ones using it, so why should they have to pay for it?” Blair says. “That ultimately is one of the big issues standing in our way from accommodating the transformation that is underway.”

An issue slowing collaboration between states are the energy policy goals unique to each individual state, and utilities are regulated at the state level. Blair’s proposed solution is: Commit to a vision as a nation and construct a blanket policy that will allow for efficient cross-country transmission of energy while fairly distributing the up-front transmission costs.

“Ideally, if we had a national energy policy where everybody was working toward the same goals, that would drive and facilitate a broader need for collaboration and conversation,” she says.