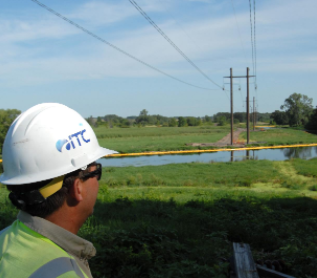 The ITC Lake Erie Connector, a subsidiary of Novi-based ITC Holdings Corp., today announced the transmission line company has received a presidential permit from the U.S. Department of Energy.

ITC cites the approval as achieving a “significant step” toward building an underwater transmission line that would enable customers to more efficiently access energy, capacity, and renewable energy credit opportunities between the Ontario Independent Electricity System Operator and PJM Interconnection.

ITC Holdings is the largest independent electricity company in the U.S., and has developed plans for a 1,000 MW, bi-directional, high-voltage direct current underwater transmission line, providing the first direct link between both markets.

“This project would provide a direct, efficient and controllable path for energy and capacity to flow between the PJM and IESO systems. By facilitating the import and export of energy between the U.S. and Ontario, the line can help optimize renewable resources and satisfy renewable energy requirements in the U.S.,” says Terry Harvill, president of ITC Grid Development. “In addition, the Lake Erie Connector would help improve the security, reliability, and capacity of these energy grids.”

The next milestones for the project include receiving additional major permits from Canada’s National Energy Board, the U.S. Army Corps of Engineers, and the Pennsylvania Department of Environmental Protection (joint application), as well as completing project cost refinements and securing favorable transmission service agreements with prospective counterparties. After addressing these steps, ITC will proceed with construction. From there, the Connector would begin service in late 2020.

DOE approval is required on all international border-crossing projects, and the full presidential permit report can be viewed here.