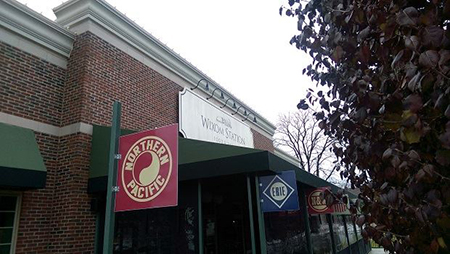 Tony and Frank Shushtari, co-owners of Loccino Italian Grill in Troy and the Alfoccino restaurants in Farmington Hills and Auburn Hills, have teamed up with Simon Gorvokovic to open their newest business venture — Wixom Station Food and Drink — on West Pontiac Trail, just east of Wixom Road.

“We’re right next to the train depot,” says Katie Durkee, general manager of Wixom Station Food and Drink, which opened last week and will host its grand opening on Wednesday. “The train still runs by us, but I don’t think the depot itself is still running.”

The 147-seat eatery — the former home of Volare Ristorante, which has since moved across the street — features old-style train décor and historical photos from the city’s past. A photo of the Wixom baseball team, circa 1891, hangs on the eatery’s wall, as do several other historical images secured through the city and enlarged for framing.

As far as the menu goes, Gorvokovic is leading the way. The former executive chef of Loccino is opting for a more Americanized menu for this particular location, says Durkee. So far, customer favorites include cheese-stuffed tortellini served with grilled chicken and creamy Palomino sauce, and the hand-cut filet mignon.

Entrées average $11 to $12 for lunch, and $17 to $18 for dinner. Durkee adds the bar has allocated three taps for Michigan-made beer, which currently include Dragonmead Final Absolution, Bell’s Two-Hearted Ale, and Atwater Vanilla Java Porter.

“We also have Angry Orchard cider on tap, which is different,” Durkee says, noting that there are several gluten-free options included throughout the menu.

Wixom Station also offers banquet and catering services and will open its heated, outdoor patio when the weather hits above 40 degrees.