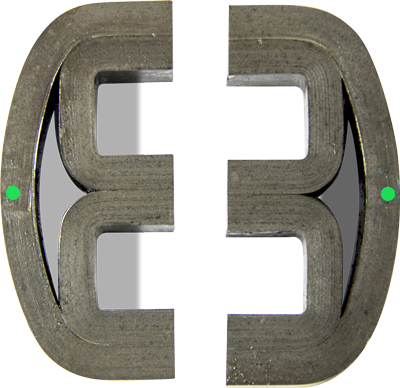 Eilor Magnetic Cores, an Israeli company that manufactures blocks and tape-wound magnetic cores, has opened its first location in the United States in Troy.

The new office is inside Automation Alley’s International Business Center headquarters near Big Beaver and John R. The center provides 90 days of complimentary office space, meeting rooms, and services for foreign companies to use as a home base while exploring opportunities in Southeast Michigan. Automation Alley is southeast Michigan’s Industry 4.0 collaborative made up of nearly 1,000 technology companies.

“We are committed to the U.S. market, and we look to invest in both a sales/technical office and in manufacturing in the next few years,” says Dotan Feinmesser, CEO of Eilor. “We are working with Oakland County’s Economic Development Team to plan our long-term growth in the State of Michigan.”

Feinmesser is in Troy this week to meet with customers and partners.

“With our globally known Foreign Direct Investment success, having over 1,000 foreign firms from 39 different countries, we can offer the support that Eilor needs to launch and be successful long-term in our nation,” says Irene Spanos, director of economic development and community affairs for Oakland County.

“When you look at the USA, Michigan stands out as the center of manufacturing for the North American market,” Feinmesser says. “It was an easy decision for us to choose Michigan for Eilor’s U.S. location, too.”

More than 95 percent of Eilor’s total sales are derived from its export business, and the company’s products are sold to customers in more than 20 countries.