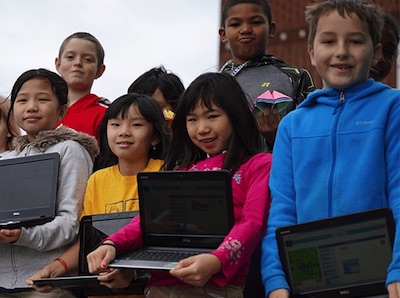 “Computer science and coding are a priority for this Administration as we think about pathways to jobs and we think about the alignment of the classroom for what are going to be really high paying jobs,” says Trump during the panel discussion.

“The Trump Administration is committed to aligning the skills being taught to our students with the jobs being created in the economy of the future. Given the growing role of technology across all sectors of American industry, it is vital that our students become fluent in coding and computer science and the decisive actions of the Administration and the private sector this week represent a giant leap forward in this direction.”

Over the next five years, the investment is designed to expand the computer science education pipeline and close the skills gap for computing jobs in today’s economy. According to Code.org, there are currently more than 500,000 open computing jobs across a variety of industries including agriculture and banking, but only 50,000 computer science graduates nationwide annually.