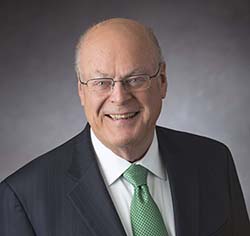 “I have spent more than 40 years running companies in a variety of industries across different market cycles,” Miller says. “I’m looking forward to returning to the automotive industry and working with the IAC team, as we share the belief that a focused strategy and the correct operating resources can create significant value for shareholders.”

Miller succeeds James K. Kamsickas, who recently resigned as president, CEO, and director to become president and CEO of Dana Holding Corp., a supplier of powertrain components that has major operations in Van Buren Township.

“Steve (Miller)’s deep background and experience in the automotive industry are a great fit for the business, and will ensure continuity of service to our global customer base,” says Wilbur L. Ross, a junior chairman of WL Ross & Co., a significant shareholder of IAC.

Miller is a graduate of Stanford University and earned his juris doctor from Harvard Law School and his MBA from Stanford University Graduate School of Business. He began his career at Ford Motor Co., and eventually joined Chrysler Corp., serving as vice chairman for a portion of his time there.