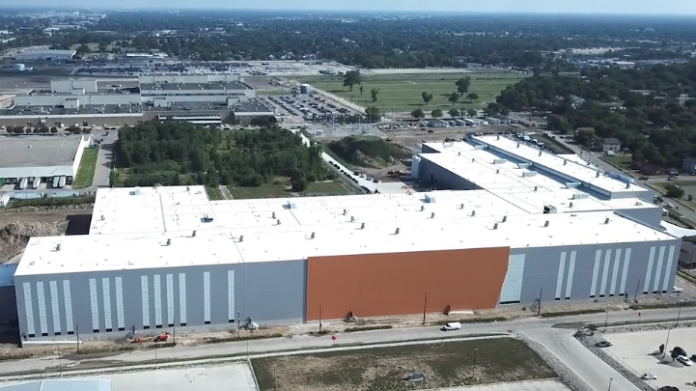 Flex-N-Gate, a top global auto supplier, Monday announced it has opened a new $160-million manufacturing facility on Detroit’s east side.

Flex-N-Gate is adding to Detroit’s growing I-94 Industrial Park, an area near Detroit City Airport, that was mostly vacant land and abandoned buildings 10 years ago.

The company will supply parts to Ford Motor Co., including exterior trim components, aluminum and steel modular stamped body in white and chassis assemblies, lighting, and other OEM automotive products.

“This plant and the benefits it will bring to Detroit and its workforce gives me as much pride as anything I’ve been part of over my many years with Flex-N-Gate,” says Shad Khan, owner and CEO of Flec-N-Gate.

“It’s amazing to have worked with partners representing the state, city, and Ford, who shared my goal of doing something special in the city proper of Detroit – and especially for those who live in the city limits – by creating hundreds of sustainable manufacturing jobs, investing in their training and providing a pathway to making a solid middle-class living.”

The 480,000-square-foot manufacturing facility is the largest investment by an auto supplier in Detroit in more than 20 years and could employ up to 750 people at full capacity.

“Ford Motor Co. is pleased to support Flex-N-Gate, the city of Detroit, and the state of Michigan for bringing this new facility and jobs to the area,” says Burt Jordan, vice president of global vehicle and indirect purchasing and supply chain sustainability at Ford. “This project is yet another step toward the revitalization of Detroit and the auto industry.”

Detroit residents can still sign up for training through detroitatwork.com or by calling (313) 962-WORK.

“Detroit is the comeback city in the nation, and commitments to Michigan like the ones made by Flex-n-Gate are going a long way to ensure that comeback continues,” says Michigan Governor Rick Snyder. “Cooperation is the key to success, and this project shows what can happen when people work together for their neighbors, their city, and the state as a whole.”

Production began with a 50-percent Detroit-based workforce of 230 employees. The company will continue to prioritize local hires as production increases. The manufacturer has partnered with Detroit at Work, through which residents can still access training and apply for positions.