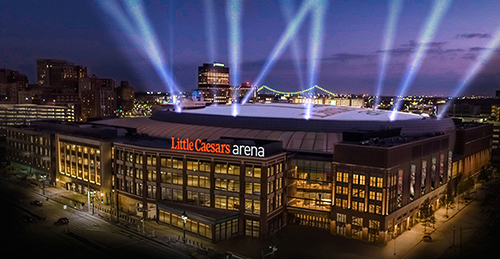 Ilitch Holdings Inc. in Detroit, which owns multiple sports and entertainment brands, including the Detroit Tigers and the Detroit Red Wings, today announced that it is exploring the creation of a new regional sports network (RSN).

The RSN would serve as the television, broadcast, and distribution home for the Tigers, Red Wings, and additional sports- and entertainment-related content.  The extensive exploratory process will begin immediately, and no deadline has been set for completion.

“At the same time, we have two perennially highly-rated and historic franchises, which provide compelling year-round content and programming. As such, we feel our organization is uniquely positioned to explore the launch of what we believe could be a highly successful regional sports network.”

Starting in 1959 with the opening of a single Little Caesars Pizza restaurant in Garden City, the Ilitch organization has subsequently grown into a $3.6 billion organization, consisting of 10 operating companies spanning the food, sports, and entertainment industries.

“As leaders in the rapidly evolving sports and entertainment industry, the creation of a new network would be a natural business extension for our organization,” says Granger. “Live sports remain some of the most sought-after content on television and across digital platforms. We look forward to exploring how a new network could be of a positive benefit to our teams, fans and community.”

The Tigers and Red Wings rank No. 1 and No. 2, respectively, in terms of total primetime consumption in the Detroit television market. Notable RSNs that are owned either fully or in part by sports properties include YES Network, SNY, NESN, MSG, MASN, and Altitude Sports.