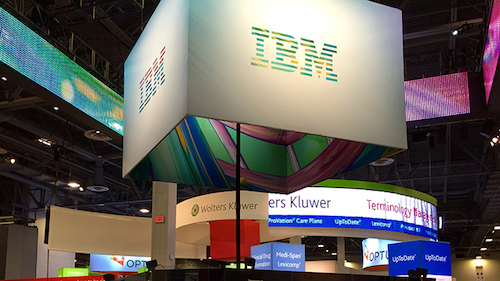 IBM Watson Imaging Clinical Review, the first cognitive imaging offering from Watson Health, was introduced today at the Health IT Conference for 2017 (HIMSS17) in Orlando. As part of the debut, IBM announced the technology will be made available at the University of Michigan Health System in Ann Arbor.

The Watson Health medical imaging collaborative is an initiative comprised of leading health systems, academic medical centers, private radiology practices, ambulatory radiology providers, and imaging technology companies that are finding ways to use medical imaging to identify and predict the risk of cancer, diabetes, and diseases of the eye, brain, and heart.

“The medical imaging collaborative is vital to Watson’s ongoing training and the development of cognitive imaging solutions to address the world’s pressing health challenges,” says Anne Le Grand, vice president of imaging for Watson Health. “Members of the collaborative helped design and curate data for Watson Imaging Clinical Review, which we debut today at the HIMSS17 conference.”

The first application for the offering is cardiovascular disease, starting with a common condition called aortic stenosis. AS, which affects 1.5 million Americans. It occurs when the aortic valve in the heart is narrowed, impeding blood flow to the rest of the body and causing shortness of breath, fatigue, and chest pain. A pilot study found that Watson Clinical Imaging Review could help hospital personnel identify potential AS patients who had not been previously flagged for follow up cardiovascular care.

“Watson Imaging Clinical Review is the type of targeted AI-driven tool that providers could put to use to help them standardize care delivered across their organization, and gradually build a critical mass of reproducible results from their patient population. In doing so, it can support a population health-driven approach to personalized care,” says Nadim Michel Daher, a medical imaging and informatics analyst for Frost & Sullivan.

IBM plans to supplement the release of the offering with nine additional cardiovascular conditions, such as heart attacks, valve disorders, cardiomyopathy, and deep vein thrombosis.