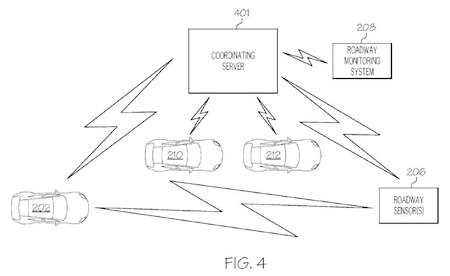 IBM today announced that its scientists have been granted a patent around a machine learning system that can shift control of an autonomous vehicle between a human driver and a vehicle control processor in the event of a potential emergency.

The safety measure can contribute to accident prevention, giving drivers and passengers peace of mind as the autonomous vehicle market continues to become a consumer reality.

“Self-driving vehicles hold great promise and potential, but protecting the safety of passengers and other drivers remains a top priority for vehicle developers and manufacturers,” says James Kozloski, manager of computational neuroscience and multiscale brain modeling for IBM Research, and co-inventor on the patent. “We are focused on finding new ways to leverage our understanding of the human brain and inventing systems that can help those enterprises improve the safety of autonomous vehicles on the road.”

IBM researchers developed the system using their understanding of biological cognition and behavior generation in the brain. Their background as computational neuroscientists led the inventors to create a model that employs censors and artificial intelligence (AI) to determine potential safety concerns and whether self-driving vehicles are operated autonomously or if control is given to the driver.

For example, if a self-driving vehicle experiences an operational anomaly, like a faulty braking system, a burned-out headlight, poor visibility, or road conditions, a comparison may be made by the system as to whether the on-board self-driving vehicle control processor or a human driver is in a better position to handle the operational anomaly. If the comparison determines that the vehicle control processor is better able to handle the anomaly, the vehicle is placed in autonomous mode.

IBM has topped the list of U.S. patent recipients for 24 consecutive years. More information about the company’s invention and patent leadership is available here.

Karen Knott Promoted to CFO of Sterling Bancorp in Southfield