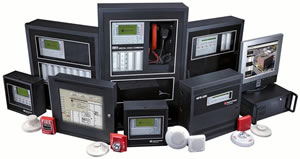 As part of the acquisition, WSA, which also offers security solutions such as access control, video surveillance, and mass notification systems, will operate as a southern Florida division of Sciens. Owners and operators of WSA, Brad Golub and Joe Del Pizzo, will remain active in the business.

“The fire detection and security services market is highly fragmented, and we believe Sciens is well-positioned to grow both organically and through further acquisitions,” says Jim Mahoney, a partner at Huron Capital. “We look forward to continuing our work with Terry and his team as we execute our buy-and-build investment strategy in the fire detection and security services sector.”

Huron Capital is an operationally focused private equity firm that grows lower middle-market companies through its ExecFactor model. Founded in 1999, the company has raised over $1.1 billion in capital through four committed private equity funds and invested in over 120 companies. Its portfolio companies have employed over 11,000 people throughout North America.