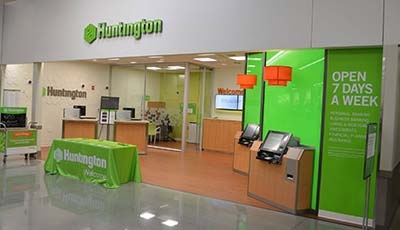 “Sandy is a very well-known regional banking leader with tremendous drive for results,” Steinour says. “We have a strong track record of working together in prior roles, and a shared commitment to strengthening the Midwest.”

Pierce joined FirstMerit in her current role in 2013. She holds a master’s and bachelor’s degree in business administration from Wayne State University.

She will also report to: Michael G. Robinson, newly named wealth and investment management director at Huntington; Barbara Benham, who is transitioning from her role at Huntington as executive vice president and chief communications officer to the newly created executive vice president and chief public affairs officer; and Julie C. Tutkovics, who will assume the position of chief communications officer and director of regional marketing.

“This is an exciting time as Huntington and FirstMerit come together to become stronger as one institution,” Pierce says. “The combined scale means we can invest more in our markets while continuing to grow for the benefit of our expanded geography.”

As part of the acquisition, current FirstMerit regional presidents and CEOs will become Huntington regional presidents for the company’s existing East Michigan and Cleveland regions, a newly created Akron region, and the Chicago and Wisconsin regions.

A lifelong Detroit resident, Pierce is past chair of the Detroit Financial Advisory Board, chair of the Henry Ford Health System, and vice chairman of Business Leaders for Michigan. She is a board member of Penske Automotive Group in Bloomfield Hills and Barton Malow Enterprises in Southfield.

Huntington has $73 billion in assets, while FirstMerit has nearly $26 billion in assets. The combined company is expected to have $100 billion in assets and operate across eight Midwestern states once the acquisition is completed. As part of the deal, more than 100 bank branches will be closed, mostly in Michigan and Ohio.

Founded in 1866, Huntington has more than 750 branches in six states. FirstMerit, founded in 1845, has 366 banking offices in Ohio, Michigan, Wisconsin, Illinois, and Pennsylvania.