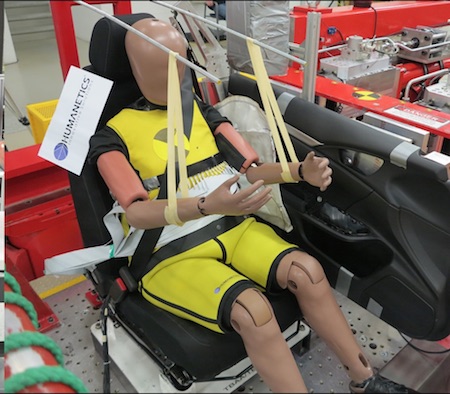 Several automotive OEMs and Tier 1 suppliers, including Honda and Autoliv, have already begun conducting tests of their vehicle safety systems using Humanetics’ updated elderly crash dummy. As the first of its kind, the dummy is expected to change how the vehicle safety community measures impact responses in crash events by representing the biofidelic nature of a 70-year-old female that’s approximately five foot two inches tall and weighs about 160 pounds.

“Humanetics is closely involved in research programs such as the Seniors project funded by the European Union to address similar types of concerns in other regions of the world. We strive to collaborate with all safety organizations worldwide to develop products that best reflect the current population where safety is an issue,” says Christopher O’Connor, president and CEO of Humanetics. “Ultimately, we are committed to promoting vehicle safety and saving lives in every global market and geographic region until fatality rates equal zero.”