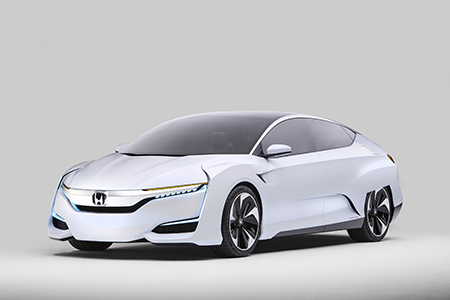 Honda has revealed the FCV Concept, the predecessor to the automaker’s next fuel-cell vehicle, expected to launch in the U.S. following its March 2016 introduction in Japan.

The five-seat, fuel-cell car will feature a driving range estimated of more than 300 miles, and an anticipated refueling time of approximately three minutes.

The company also intends to launch one new battery-electric vehicle as well as one plug-in hybrid model by 2018, in pursuit of continued growth in the alternative-fuels vehicle market.

Together, these vehicles will offer significant volume enabling Honda to bring ultra-low carbon transportation to consumers in the U.S, Honda officials say.

Before the end of the year, Honda will begin to introduce its new 4-cylinder VTEC Turbo engines, with production to take place at its engine plant in Anna, Ohio.