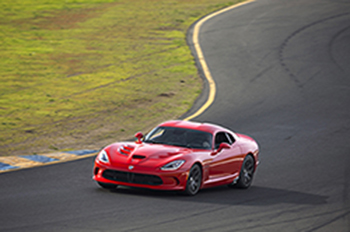 About 550 Viper enthusiasts are expected to descend on metro Detroit this weekend for a special open house at several Chrysler Group facilities to get a behind-the scenes look at where and how their hand-crafted vehicles are built. The event commemorates the 20th anniversary of the first Viper homecoming in Auburn Hills in 1994.

“This flagship American supercar has inspired loyal Viper enthusiasts for more than 20 years and continues to do so,” says Tim Kuniskis, president and CEO of Dodge and SRT Brands at Chrysler Group. Since 1992, approximately 30,000 Vipers have been assembled at Chrysler’s Mack Avenue Assembly Plant and Conner Avenue Assembly Plant, both in Detroit.

The homecoming, which kicks off today, is part of the Viper Owners Association’s first National Viper Event and the activities are open to association members only, although Dodge and SRT will be hosting a public open house as a part of the larger event.

At the Chrysler-hosted festivities, participants will have the opportunity to tour the Conner Avenue Assembly Plant, visit the Walter P. Chrysler Museum in Auburn Hills, and take their Vipers for a drive on the Chrysler Proving Grounds’ test track in Chelsea.

Participants of the Dodge/SRT events are asked to bring a canned food donation, which will be given to Operation Get Down, a local crisis center that provides homeless and transitional housing for the Detroit area.

First delivered in 1992, the Viper was inspired by Bob Lutz, at the time, Chrysler’s president. The sports car was intended to be a modern Cobra, and included input from Carroll Shelby. Introduced at the North American International Auto Show in 1989, the car was an immediate hit with the public.