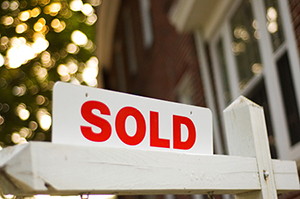 Home sales and prices continued their upward trend in metro Detroit in February, with sales increasing by nearly 14 percent and the median sale price increasing to $138,000, up 7 percent when compared year over year, according to a monthly report released today by Realcomp II in Farmington Hills.

“Not only are the number of sales taking place up considerably in some areas, but the median sale price is up everywhere,” says Karen Kage, CEO of the multiple listing service. “People are finally seeing now they can get what they need to get out of the sale of their home because those prices are coming up so more people are putting their homes on the market, so there are more sales.”

In Oakland County, sales rose nearly 19 percent to 1,168 sales in February when compared to February 2015, while home prices increased slightly by 3 percent to nearly $186,000.

In Livingston County, home sales and prices both increased, with home sales rising 27 percent to more than 200 sales in February and home prices increasing to nearly $225,000, an increase of nearly 8 percent when compared to February 2015.

The average number of days on the market for a home in metro Detroit sold in February was 54 days.