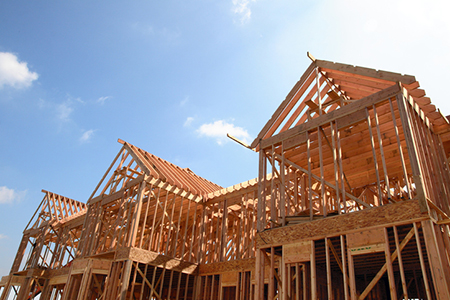 The Home Builders Association (HBA) of Michigan expects single-family new home construction to rise by 3 percent in the coming year.

HBA’s econometric model estimates that 17,552 new single-family home permits will be issued across the state next year. Production levels for 2018 are expected to reach 16,999 by year end, the highest level since 2006.

“While it is encouraging to note that we are at the highest levels in 12 years, the low, single-digit percentage increases mean that Michigan’s critical housing industry is lagging behind general economic growth in our state,” says Bob Filka, CEO of HBA Michigan. “The 17,000 plus units we expect to build next year is well behind our historical highs, and well behind the 26-28,000 units that economists say we should be building to meet long-term housing demand in Michigan.”

The 3 percent growth forecast reflects national economists’ projections for a likely slowdown of North American vehicle production and an expected increase in oil prices, both factors in the HBA Michigan econometric model. While not part of the model, shortages in the number of available construction workers also contributes to the low growth rate.

“Builders continue to be plagued not only by a lack of skilled workers, but by a shortage of buildable lots and inconsistent and burdensome government regulations, which represent about 25 percent of the cost of a new home,” says Filka. “The factors combine to not only drive up the cost of new home construction but are also forcing more and more middle-class families to the sidelines as they are unable to afford to participate in the American Dream of owning a new home.”

HBA Michigan has warned of a looming housing shortage in Michigan since it issued a proposed 13-point action plan to aggressively attack challenges faced by the industry. This report and others can be viewed here.