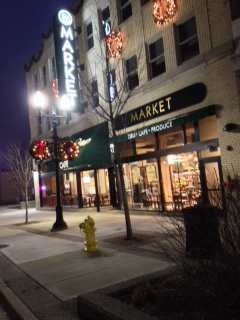 The historic Strand Theatre in downtown Pontiac, which has been closed since the mid-1980s, is expected to reopen in 2015 as a corporate and entertainment complex that will offer musical acts, performing arts, meeting space, and classrooms. Built in 1921, the Renaissance-style theater is owned by the city, which recently struck a partnership with Kyle Westberg, president and CEO of West Construction Services in Pontiac, to restore the structure.

“We plan to start work on the Strand next summer, once we get all of the financing in place,” Westberg says. “It will have a 140-seat restaurant, and we can offer 800 seats for musical acts, theater, a symphony, or a film series. The building will be available to the entire community. We have a lot of experience with historic restorations, and this project certainly fits the bill.”

Last December, Westberg completed a $20 million renovation of a former Sears department store along North Saginaw Street in downtown Pontiac, which is a couple of blocks north of the Strand. The project includes the 46-unit Lafayette Place Lofts and Lafayette Market, a full-line grocery store that offers a small café and provides catering and carryout.

In addition, Westberg opened an Anytime Fitness franchise at Lafayette Place Lofts, believed to be one of the largest in the nation. The workout center offers an array of state-of-the-art exercise equipment, a small store with a juice bar, private showers, and a community exercise room.

“The Strand was built in 1921 and originally offered vaudeville, but as that faded it started showing first-run movies,” Westberg says. “I would love to have George Benson perform there. We really want to make the Strand an asset for the entire region.”