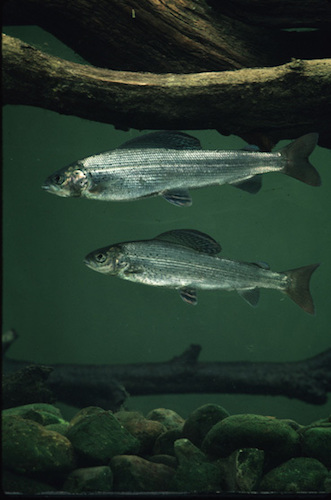 The Michigan Department of Natural Resources in partnership with the Little River Band of Ottawa Indians, are bringing back the state’s population of Arctic grayling — a historic fish species native to Michigan that died off more than a century ago.

Michigan’s Arctic grayling population died off due to statewide logging efforts in the 1800s, over-fishing, and general habitat destruction. From the salmon family (Salmonidae), the species grows to a maximum length of 30 inches and a maximum weight of 8.4 pounds.

“Over the next several years, we will be taking methodical steps to move toward reintroduction of this historically and culturally significant species,” says Jim Dexter, chief of the DNR Fisheries Division.

Steps to reintroduce the fish will include collecting baseline data, initiating the building of broodstock and stocking efforts, and identifying interested partners.

“For this Arctic grayling initiative to work, we will seek to rely heavily on partnerships from across the state,” Dexter says.

He says the Mancelona Township-based Manistee River watershed, once known as a premier grayling river, will be the first targeted location for reintroduction.