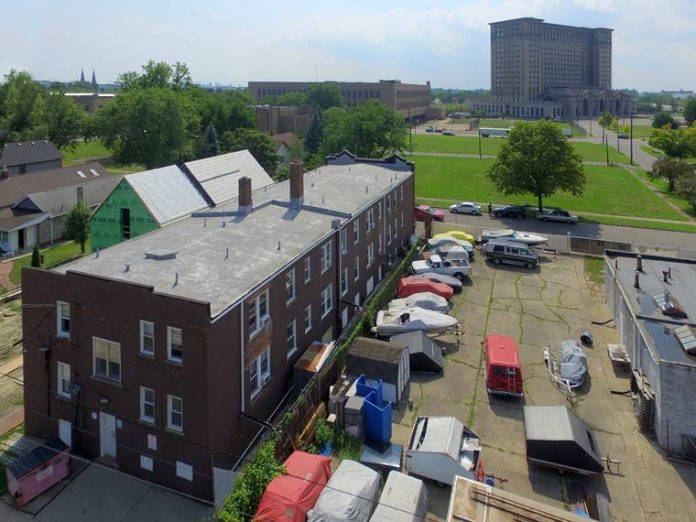 Ford says the renovation of Michigan Central Station will cost $740 million and include new stores, restaurants, a coffee shop, and other amenities on the grand first floor lobby, 313,000 square feet of office space, and some 40 apartments on the upper floors of the 1913 structure. Nearby, it plans to renovate the Roosevelt Warehouse into offices and ground floor commercial space.

In turn, the automaker recently acquired The Factory at Michigan Avenue and Rosa Parks Boulevard (12th Street), now occupied by 220 workers in its Project Edison vehicle electrification team and related mobility services. Overall, Ford and several partner companies plan to have 5,000 workers in Corktown. The train depot is slated to open in 2022.

Other new projects in the area include the recent opening of the Detroit PAL headquarters and ballpark on the site of the former Tiger Stadium at Michigan and Trumbull. Next door, Larson Realty Group is building The Corner, a $33-million development offering 102 apartments, 34 condominiums, and 30,000 square feet of retail space.

To the east, Soave Enterprises in Detroit is renovating the former Checker Cab building along Trumbull and constructing neighboring mixed-use offerings. The $44 million project on five neighboring blocks includes 151 apartments, 13,000 square feet of retail space, and green spaces, including the upcoming Checker Alley.