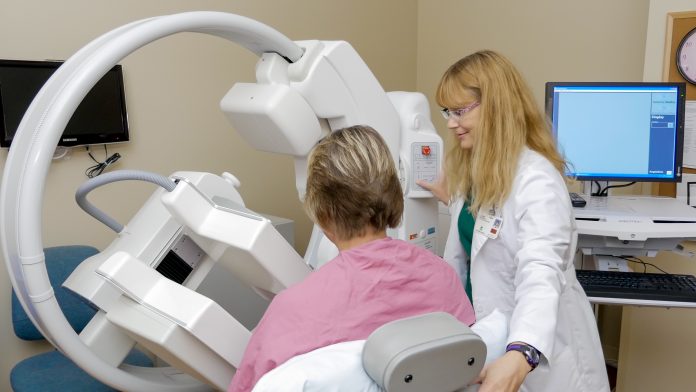 In a first for Michigan, the Henry Ford Cancer Institute is introducing a new and advanced molecular breast imaging system to screen women with dense breast tissue, who are at an increased risk for breast cancer.

Henry Ford will use LumaGEM MBI as a secondary screening tool following digital mammography. When utilized in this fashion, research has shown that the LumaGEM MBI system can increase cancer detection rates by almost 400 percent in early-stage invasive cancers.

Because women with dense breasts have less fatty tissue and more glandular tissue it can make abnormalities harder to see on a mammogram.

LumaGEM MBI can reveal spots that a standard mammogram can’t by using a radiopharmaceutical and special camera to find breast cancer that can be invisible on a mammogram.

“We’re thrilled to have worked with the Henry Ford Cancer Institute to help make it possible for more women, regardless of their breast density, to get accurate breast cancer screenings,” says Philip Croxford, president and CEO of Gamma Medica. “This new installation of the LumaGEM MBI system gives women in Michigan and surrounding areas access to a clinically superior diagnostic and secondary breast screening method.”