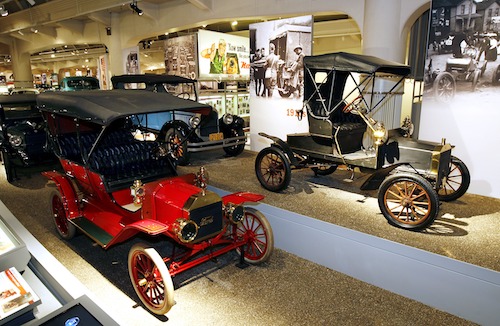 In addition, The Henry Ford is strengthening its commitment to inspire future innovators through new partnerships with national educational organizations and the continuation of its television series, The Henry Ford’s Innovation Nation.

Now in its third season with more than 71.5 million national viewers and syndication around the globe, The Henry Ford’s Innovation Nation was renewed for two more seasons. Broadcast on CBS, the show appears locally on WWJ-TV (Channel 62) every Saturday at 8 a.m.

The Henry Ford also is collaborating with world education leader Pearson in the development of innovation courses to foster problem solving, creativity, and innovation for middle school students (6th to 8th grade).

“The Henry Ford has always been about innovations and ideas that can change the world, and have changed the world, and these new initiatives will help people see how they can make a difference,” says Patricia Mooradian, president of The Henry Ford. “With new technology that has become available over the last five to 10 years, we’ve been able to expand our outreach in new ways, especially on the digital front.”

With more than 60,000 artifacts now on its digital platform, The Henry Ford launched a new website last year to better reach national and international audiences. Three years ago, the institution, which includes Greenfield Village, the Benson Ford Research Center, and the Ford Rouge Factory Tours, also hired a digital and emerging media director to expand its global reach via the internet.

With the new initiative, Mooradian says The Henry Ford “had to figure out how to operate a whole new department and bring in other departments to assist with expanding our reach,” she says. “We are looking through the lens of innovation like never before in terms of how it has changed America, and how it will change our world. We’re not only about history, but we’re also about the future.”