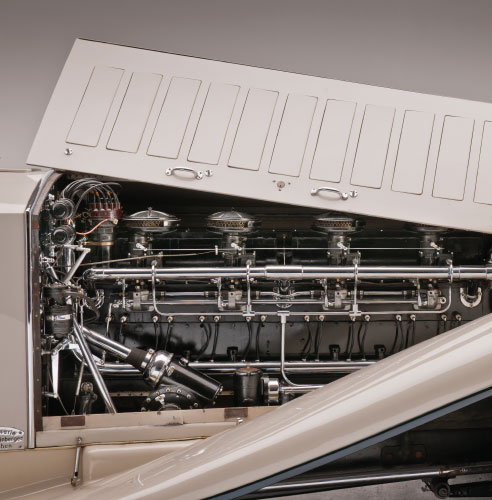 Just in time for the North American International Auto Show, the Henry Ford Museum, part of The Henry Ford in Dearborn, will “pop the hoods” of more than 40 iconic cars in its collection, including a rare Bugatti Type 41 Royale Convertible and a 1963 Chrysler Turbine.

The Engines Exposed exhibit, which runs Saturday through March 15, will provide daily presentations on some of the most unique and significant automobiles in The Henry Ford’s collection, while learning about the key innovations in the history of the respective engines.

Visitors can get an up-close look at one of Henry Ford’s early engines, which he ran in his kitchen sink when he and his wife, Clara, lived on Bagley Avenue in Detroit, circa 1895. The so-called kitchen-sink engine will be joined by other power plants in the museum’s plaza, complemented by 18 digital kiosks.

Throughout the run of Engines Exposed, The Henry Ford will host hands-on programming during “Tinker.Hack.Invent Saturdays.” This month, youth will have the opportunity to assemble an electric car, while learning about the pros and cons of different fuel options through demonstrations. In February, families can explore the inner workings of engines, as well as help create working models of pistons, cams, and valves.