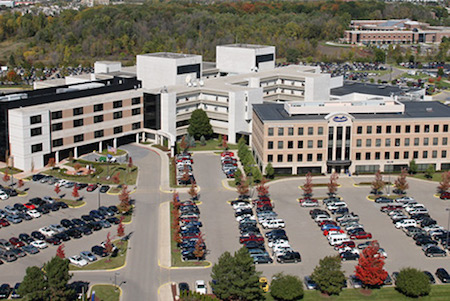 Henry Ford Macomb Hospital, in partnership with the American Medical Association, is piloting a patient registry that could become a national model for enrolling patients with prediabetes into evidence-based diabetes prevention programs.

As part of the Henry Ford Health System, Henry Ford Macomb is evaluating the registry for effectiveness regarding screening, testing, and referring patients diagnosed with pre-diabetes to a diabetes prevention program. The hospital also developed specific clinical protocols before creating the registry tools available in its electronic medical record.

“Our team has designed a user-friendly, efficient registry that has the potential to be a valuable tool for addressing the rising prevalence of prediabetes in Michigan and across the country,” says Barbara Rossmann, Henry Ford Macomb’s president and CEO.

Rossmann says data from the Centers for Disease Control and Prevention indicates more than 84 million Americans are living with pre-diabetes, including 2.6 million in Michigan. Additionally, nearly 90 percent are unaware that they are pre-diabetic and aren’t are of long-term health risks. Pre-diabetes is a condition where blood glucose levels are higher than normal, but not yet high enough to be considered Type 2 diabetes. While a person with pre-diabetes is at an increased risk for other health issues like heart attack and stroke, the condition can often be reversed through weight loss and lifestyle changes.

“With a staggering number of Americans living with prediabetes and the vast majority unaware they have the condition, we must continue to ensure more patients have access to, and enroll in, proven lifestyle change programs that have been shown to cut in half participants’ risk of progressing to type 2 diabetes,” adds Dr. David Barbe, AMA’s president. “Through our partnerships with health systems, such as Henry Ford, we will be able to help even more Americans stave off or delay type 2 diabetes to improve health outcomes.”

The AMA provided clinical and technical expertise to help Henry Ford Macomb enhance the registry and ensure that providers who use the system have the tools necessary to effectively identify and screen patients at risk for pre-diabetes.

Six months into the pilot program, Henry Ford has seen an increase in referrals for diabetes prevention programs. After the pilot ends in June 2018, the AMA will assess the registry’s effectiveness as a potential model to be implemented nationwide.