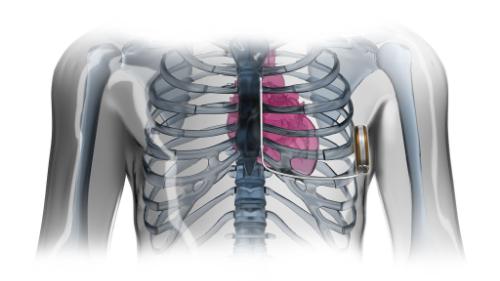 Henry Ford Hospital in Detroit is the first in Michigan to use a new internal defibrillator to treat patients experiencing sudden cardiac arrest, the leading cause of death in the United States.

The device, which provides the same protection as traditional implantable defibrillators, doesn’t require an electrical lead to the heart. Instead, a physician implants the device without going through blood vessels or the heart.

“This device should be considered a first-line treatment for patients at risk for sudden cardiac arrest who do not require the regular stimulation of a pacemaker,” says Dr. Arfaat Khan, a cardiologist at Henry Ford. “Patients with an increased risk of infection will benefit the most, such as those with diabetes or on dialysis, as well as young patients that may need to have leads replaced as they wear out over time.”

Khan says the device — which sends an electric shock to the heart to try to restore its normal rhythm — has the potential to become the new standard of care. It is less likely than a traditional internal defibrillator to cause infection, clots in blood vessels, or puncturing in the lining of the lung

In the U.S., sudden cardiac arrest, which is not the same as a heart attack, causes more than 350,000 deaths each year, according to the Heart Rhythm Society.