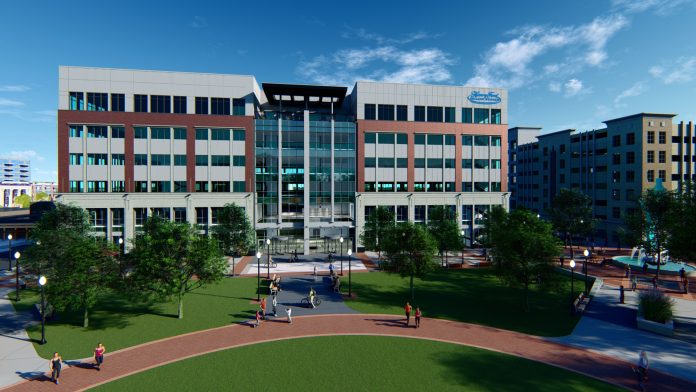 The new medical center will be staffed by more than 200 employees, including physicians, nurses, and support staff. The staff will also include about a dozen employees who will relocate into the larger, more expansive facility from their current location at 26300 Woodward in Royal Oak. Henry Ford is evaluating its future options for the Woodward site.

“Royal Oak is a thriving community and we look forward to being a community partner beyond providing health care,” says Bob Riney, president of healthcare operations and COO for Henry Ford. “We are committed to providing an exceptional experience for our current and new patients and meeting their health care needs close to home. The services and clinic hours we have planned will be optimal for patients of all ages. “

For the convenience of patients, the medical center will open evening and weekend hours. Collectively, Henry Ford has more than 30 outpatient medical facilities throughout the tri-county area.

The development by Lansing-based Boji Group has been controversial given it occupies two large surface parking lots that neighboring businesses relied on for their customers. A downtown Andiamo Restaurant closed soon after the city-owned lots were closed, and other businesses say their sales have fallen.

As part of the deal, the city agreed to give Boji $5.5 million in cash to help the developer obtain a construction loan, while selling the so-called Williams Lot next to city hall, which has an estimated value of more than $2 million, to Boji for $1.

Henry Ford Health System is a six-hospital system is one of the nation’s leading comprehensive, integrated health systems, recognized for clinical excellence and innovation. Henry Ford provides both health insurance and health care delivery, including acute, specialty, primary, and preventive care services along with research and education.