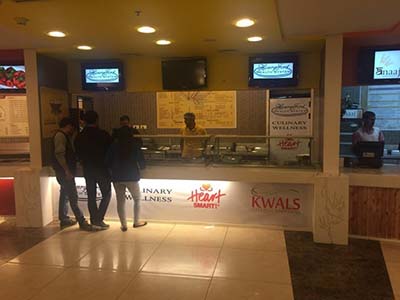 As part of Detroit’s Henry Ford Health System’s initiative to expand its health and wellness programs globally, the hospital group has licensed its hospital food recipes to a large urban center in New Delhi, India, to be sold in corporate food courts.

“We use these recipes in our hospitals every day,” says Dr. Scott Dulchavsky, CEO of the Henry Ford Innovation Institute, which facilitated the deal. “They’re healthy. They’ve all been given a great deal of care and thought. It’s a simple but very valuable way to share our mission of health and well-being.”

Dulchavsky says Henry Ford has licensed 500 of its recipes, 200 of which are low in cholesterol. The recipes will be modified to fit Indian cuisine, with offerings such as a chicken wrap and chicken biryani, a native Indian dish made with rice. The dishes will be sold in food courts, schools, and through home delivery services. Dulchavsky says deals for several new locations have been signed, including one with a university.

“It’s the right time to bring a holistic healthcare approach to India,” says Amber Malhotra, managing director of the first licensee of the Henry Ford Health System recipes. “We must focus on managing the wellness of healthy people, and food is a wonderful first step in that direction.”

Malhotra says with India’s emerging economy and changing lifestyle, diseases such as diabetes and heart disease are skyrocketing. A recent study by the Cadi Research Foundation found obesity rates among urban children in New Delhi has increased 50 percent in the past 10 years.