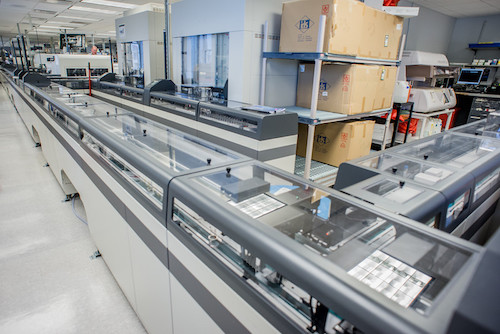 The new system speeds up the testing process so that Henry Ford personnel can provide larger numbers of patients and providers with same-day results. It also provides for expanding the department’s capacity in the future.

The enhancements are designed to increase the efficiency of Henry Ford laboratories, which already comprise one of the largest networks of integrated laboratories in the country, producing over 30 million diagnostic reports each year.

The new system operates like an assembly line, with automated equipment at Henry Ford Hospital delivering bar-coded samples to appropriate stations within the lab. From there, laboratory personnel perform clinically-needed tests before transporting samples to a storage area for automatic retrieval.

Henry Ford Health System Pathology and Laboratory Medicine is expected to interact directly with 604,000 people in outpatient settings during 2017, in addition to six outpatient hospitals and 28 medical centers. Henry Ford laboratories also provide clinical testing for patients from several other health systems throughout southeastern Michigan and the Midwest.