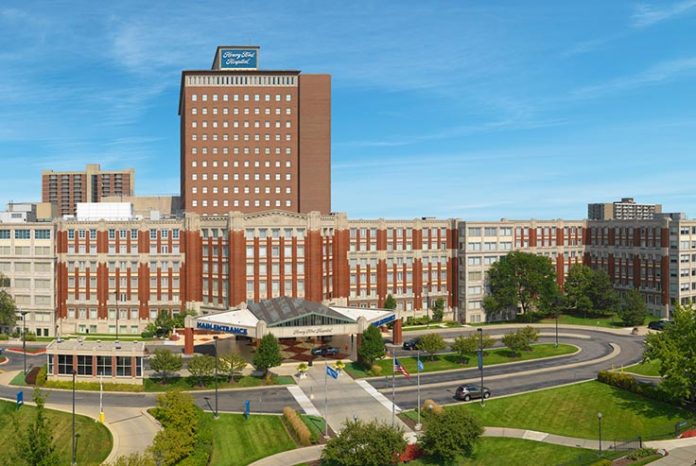 Henry Ford Health System and Wayne State University (WSU), both in Detroit, today announced the organizations have signed a letter of intent (LOI) to expand their long-term partnership and bring two Detroit anchor institutions even closer together.

The new partnership will create a collaborative model focused on achieving the highest levels of excellence in patient care, a transformational approach to research and community health, and an innovative curriculum for the education and training of the next generation of medical and health professionals.

With a non-binding LOI signed after many months of talks, the two institutions will begin working out the details of the partnership in definitive agreements, which they hope to finalize in early 2019. Governing boards for both organizations have independently expressed their unanimous support to move forward.

The enhanced partnership will designate Henry Ford Hospital as the primary institutional affiliate for the WSU School of Medicine, the WSU College of Nursing, and the WSU Eugene Applebaum College of Pharmacy and Health Sciences.

Another hallmark will be the creation of a joint Health Sciences Center (HSC) to integrate and fulfill shared education, research, and patient care missions. The bottom-line goal is to radically improve the health of the diverse populations of Detroit and the Midwest, including the most vulnerable populations.

The HSC will not be a physical location, but a separate operating and governance structure, including a president, board, budget, and governing committees. The HSC will provide strategic and collaborative input for the partnership’s clinical, research, and educational programs and activities.

“With Henry Ford, we have a partner who shares our mission to change medicine as we know it while infusing energy and talent into the community,” says M. Roy Wilson, president of Wayne State University. “We believe we are creating something special here.”

“This is truly a groundbreaking collaboration – a private nonprofit organization and a public institution coming together in a revolutionary way,” said Wright Lassiter, III, president and CEO of Henry Ford Health System. “As we look to the future of patient care and the desire to make a long-standing impact on the health and wellness of our community, we believe that we can better achieve these goals through a transformative partnership than we could as institutions working independently.”

This is not a merger or an acquisition and will not prohibit either institution from partnering with other entities. Wayne State and Henry Ford will retain their respective autonomy.

Henry Ford and Wayne State have collaborated for many years, but this partnership is a natural extension and broadening of an existing relationship. For example, more than 100 Wayne State medical students currently do clinical rotations in Henry Ford Hospital, and Henry Ford’s Bone and Joint Center is located in Wayne State’s Integrated Biosciences Center.

Together, Wayne State and Henry Ford have served the people of Detroit and beyond for a combined 253 years.

Henry Ford Health System is a six-hospital system and is one of the nation’s leading comprehensive, integrated health systems, recognized for clinical excellence and innovation. Henry Ford Health System provides both health insurance and health care delivery, including acute, specialty, primary, and preventive care services backed by excellence in research and education.

IN RELATED NEWS, Henry Ford Health System announced it is establishing and beginning fundraising for the David DiChiera Music Therapy Program at the Henry Ford Cancer Institute. The program is in honor of Michigan Opera Theatre Founder David DiChiera, who passed away Sept. 18 after battling pancreatic cancer. It is made possible thanks to an initial gift from the Marvin and Betty Danto Foundation.

The David DiChiera Music Therapy Program will add another dimension to Henry Ford Cancer Institute’s patient support services to address the psychological components of healing during a cancer patient’s journey. The music therapy program will begin supporting patients in 2020 when the Brigitte Harris Cancer Pavilion opens.

“We are thrilled to establish the David DiChiera Music Therapy Program with the support of the Danto Family in order to continue David’s legacy as a champion for the city of Detroit and for the power of music,” says Dr. Steven Kalkanis, chairman of the Henry Ford Department of Neurosurgery and medical director of the Henry Ford Cancer Institute. “There are many health benefits of music from alleviating anxiety and reducing pain to increasing energy levels – all helping cancer patients focus on their recovery. We’re very excited at Henry Ford to be able to share David’s love of music with those who need music the most – cancer patients.”

“It’s truly an honor for us to support this music therapy program in David’s memory,” says Joanne Danto, a close friend of DiChiera and a board member of the Michigan Opera Theatre. “David was such an inspiring and wonderful human being. He brought the opera to Detroit, and embraced the city at a time when people were leaving. This gift will honor his legacy, and help thousands of cancer patients as they go through their treatment.”