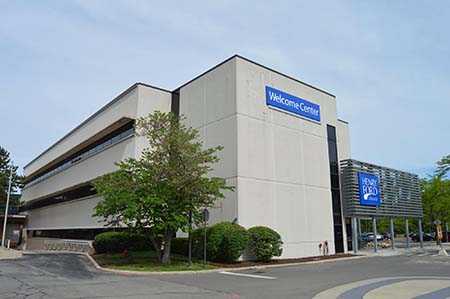 Henry Ford College in Dearborn has formed a partnership with Eastern Michigan University to allow students to complete an associate degree at HFC and then obtain a bachelor’s through EMU at a newly established University Center on Henry Ford’s campus.

At the center, Eastern Michigan undergraduate and graduate classes will be offered during the week, as well as during the evening, on weekends, or a hybrid model. The center will offer personalized advising and transfer-friendly policies. The univesity offers an array of undergraduate and graduate degree programs, including accounting, business administration, computer science, and entrepreneurship, among others.

“Henry Ford College students will be very enthusiastic about our new partnership, and we look forward to many years of collaboration with Eastern Michigan University and all of our university center partners,” says Stan Jensen, president of Henry Ford College.

IN OTHER COLLEGE NEWS, the University of Michigan has launched a center that brings together its seven health science schools in an effort to create opportunities for collaboration across health professions.

“We represent a very broad spectrum of health science educators from nationally recognized schools that address most of the health issues confronting our society today,” says Frank Ascione, founding director of the center and former dean of the U-M College of Pharmacy. “We also are affiliated with a large, highly regarded academic health center in which we can develop optimal collaborative care models that our students can participate in and apply their new training.”

“Our goal is to ensure that every eligible health professional student will gain the knowledge and skills to be an effective member of the collaborative health care teams of the future,” he says.