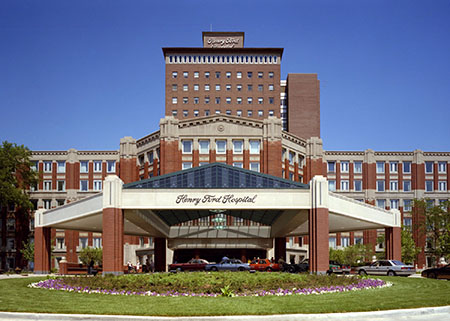 With approximately 5 million people in the U.S. are diagnosed with heart valve disease each year, the Henry Ford Center for Structural Heart Disease in Detroit is diligently working on the development and/or implementation of more updated procedures and treatments in 2015.

“We’re sort of in a race against time, because the U.S. population is aging, and their life expectancy has increased,” says Dr. William O’Neill, the center’s medical director, who makes note of the country’s issues with obesity. “We’re going to have an epidemic of unfit, old people, and we need to figure out a way to treat the illnesses they’re going to get, including coronary artery disease and valvular disease.”

O’Neill says his medical team has already started using 3-D printing when planning for heart procedures, but he expects there to be more widespread use of the technology both at Henry Ford and other medical centers next year.

“We make a life-size replica of a patient’s heart, which helps us make sure that the size of the stent we’re going to put in actually fits before we try it in the patient,” O’Neill says. “It’s a very useful method, and we’re going to pushing and promoting that a lot this year.”

He also expects there to be more widespread use of a procedure that accesses the heart by temporarily connecting major blood vessels in the leg and abdomen, instead of the traditional access through leg arteries. The procedure was first performed at Henry Ford Hospital in 2013. Since then, Dr. Adam Greenbaum, the center’s co-director, has taught the transcaval valve replacement technique to seven other centers in the United States, as well as the German Heart Centre in Munich.

“We are pleased that the advanced cardiology procedures we perform at Henry Ford can help patients both here and around the world,” Greenbaum says. Henry Ford cardiologists estimate the procedure could help 25,000 to 50,000 patients in the U.S. annually, when scar tissue, small arteries, or other medical issues prevent traditional access to the heart.

O’Neill is also looking forward to what he calls a new breakthrough in cholesterol medicine. For the last 20 years, doctors have relied on statins, which include brand names such as Lipitor and Zocor, and oftentimes aren’t highly effective or cause several side effects, he says. However, there will soon be an alternative thanks to pharmaceutical company Amgen’s impending release of a monthly injection that significantly lowers cholesterol levels (called Evolocumab).

“It’s going to be a huge benefit for people who can’t tolerate statins or for whom statins don’t work very well,” O’Neill says. “I think we’re at the dawn of an age where we will be able to reverse coronary artery disease and actually decrease the plaque (that builds up in people’s arteries) with medication.”