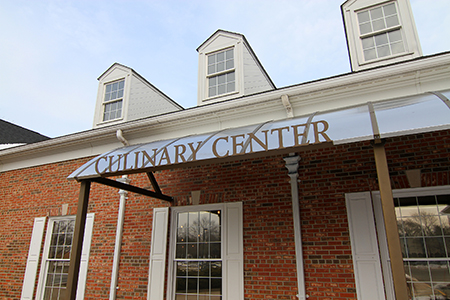 The Great Lakes Culinary Center in Southfield may be best known for its cooking classes, corporate team building events, and as a harbinger for new restaurants, but come Aug. 6, the 20,000-square-foot facility can add reality TV casting calls to its portfolio.

Auditions for Hell’s Kitchen — a competitive cooking reality series aired on The Fox network — will be held from 11 a.m. to 4 p.m. at the center, at 24101 W. Nine Mile Rd., just west of Telegraph Road.

“Detroit has a burgeoning culinary scene, so we’re really excited to see what kind of chefs want to compete,” says Caryn Mamrack, casting producer for the series. “This is the first season that we’ve (held auditions) in Michigan, so we have no idea what to expect.”

Entering its 13th season, Hell’s Kitchen follows 20 competitors during an intense culinary academy that includes team challenges, dinner services, and the sizzling temper of host Chef Gordon Ramsay. This grand prize from the most recent season — the finale of which aired Thursday — included a head chef position at a Gordon Ramsay restaurant with a $250,000 salary.

“We want people who are strong competitors who are able to withstand the heat in the kitchen — and are also fantastic cooks who can really shine,” Mamrack says.

Although the facility includes a fully equipped kitchen with specialized cooking features, applicants can leave their aprons at home. “There’s not going to be any cooking involved,” says Erika Miller, event coordinator at the Great Lakes Culinary Center. “This is going to be more of a meet-and-greet opportunity, where you can show your personality.”

Miller says she hopes the event will bring more exposure to the center, open since November. “We’re hoping that the people trying out for the show — those interested in culinary and food — will see our facility and decide to come back to use us as a test kitchen, to host events here, or attend one of our cooking classes,” she says.

And, for clarification, Ramsay, known for his hot temper, will not be attending the casting call. “That been everyone’s big question,” Miller says.

For more information about the casting call, or to fill out an application, click here.

IN ADDITION, the Great Lakes Culinary Center is the venue for Savor Detroit, a five-night dinner series hosted by Hour Detroit magazine. The first Savor Detroit, held in late April, featured two chefs each night that prepared a five-course gourmet meal along with wine pairings. The next Savor Detroit will be held Oct. 6-10, and tickets go on sale in August. For more information, visit savordetroit.com.