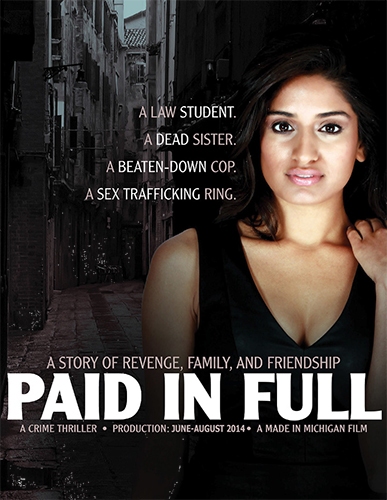 Warwick, N.Y.-based Midnight Crew hired about 40 Michigan workers earlier this year while filming Heartlock, starring Erik LaRay Harvey of Boardwalk Empire and Alexander Dreymon of American Horror Story. The drama considers manipulation tactics inmates use against prison guards, according to an MLive.com article, and includes locations in Jackson and the Standish Correctional Facility.

Paid in Full, which will begin production in Novi this month, will do all post-production work in Michigan and is expected to hire nearly 40 Michigan workers.

From casting to support services and post-production, Paid in Full is spending virtually its entire budget here in Michigan,” says Margaret O’Riley, director of the Michigan Film Office. “We are pleased to be able to support the talent we have here in Michigan and help to make projects like these become a reality.”

Directed by Lance Kawas (Fractured, Golden Shoes), the film follows the story of a young woman seeking to avenge the death of her sister and aims to raise awareness about human trafficking around the globe.

In FY 2014, 11 projects have been awarded $43.5 million on $163 million of approved production expenditures for the year by the Michigan Film Office. These projects are expected to create more than 1,000 hires with a full-time equivalent of 830 jobs.